Along with being experienced performing artists, all of our teachers are fully qualified and DBS/First Aid/Safeguarding certificated. Our teachers have been/ are in some of the biggest shows on screen and stage. They all share the same passion to inspire, motivate and lead children to achieve their full potential through their extensive knowledge. Our students and parents love watching their talented teachers on the big and small screen or in West End shows. What better way to inspire the next generation. 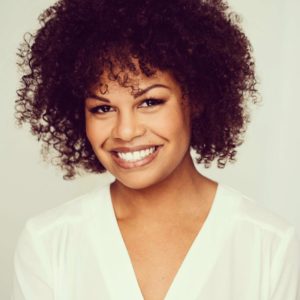 Reviewed by the London Times as an “Outstanding vocalist and performer”. Sharon trained in Musical Theatre at The BRIT School for Performing Arts before completing a PGC whilst studying a Masters Degree in Early Years Education specialising in Early Years Music at Birmingham City University. Sharon managed and ran classes for various performing arts schools before setting up the Cherrystars Music and Movement programme and Cherrystars weekend stage school at The BRIT school.

She has worked extensively on screen and stage as an actress, singer, writer, children’s agent and producer. As a screen actress, she has worked on some of the UK’s most popular TV shows including BBC’s Sherlock, Eastenders and Good Omens.

On stage she has recently toured Europe playing the queen of rock – Tina Turner. 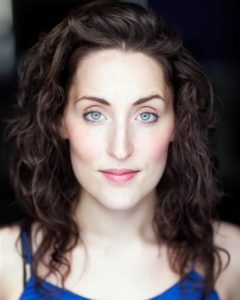 Roxanne trained at the BRIT School for Performing Arts and then went on to study at Guildford School of Acting where she achieved a First Class Degree in Musical Theatre. Past credits include Casualty, ‘The Suicide’ at the National Theatre, Mrs Popper in ‘Mr Popper’s Penguins’, The Curious Incident Of The Dog In The Night-Time for the National Theatre, original West End cast ‘Viva Forever’, Marie in ‘The Realness’ at the Young Vic, Kate/Chutney in the original West End cast of Legally Blonde, The Mask Show The Last Resort with Strangeface Thetare Company.

Whilst with Strangeface, Roxanne led Mask Workshops throughout the UK in Primary Schools, Secondary schools and Colleges. Prior to becoming a regular Cherrystars teacher Roxanne also taught acting, singing and dancing for Perform and Stagecoach Theatre Arts. 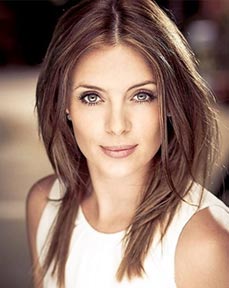 Amy received a first class honours degree in Musical Theatre from Arts Educational – one of London’s top drama schools. Amy has recently finished voicing a part in Disney juniors smash hit show ‘Doc Mc Stuffins’. Recent films include brit flick Kaufmans Game released in the UK October 2013. Prior to this she was filming the role of Lucy in Noel Clarke’s feature “Storage 24” as well as playing Sherrie Christian in Rock Of Ages in the West End. Amy also plays Elaena Glenmore in the Game Of Thrones games series and the Dr’s Companion Private Sally Morgan opposite Sylvester McCoy in the DR WHO Audio Books for Big Finish.

Past television work includes Woolamaloo, The Misty Show, The Basil Brush Show, My Parents Are Aliens, Doctors, Casualty and Grownups. 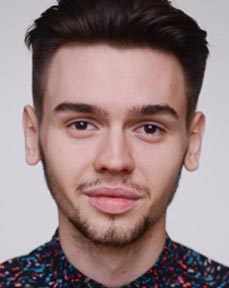 Theo started his professional training at The BRIT School for Performing Arts in September 2011. After completing a two year Musical Theatre course, he went on to win the Cameron Mackintosh bursary to aid his studies at The Arts Educational Schools, London- where Lord Andrew Lloyd Webber is President. 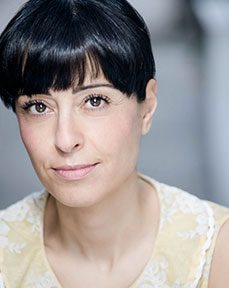 Yildiz received a BA Honours degree in Drama and English at Worcester University before completing her PGCE. Yildiz is a commissioned stage and screen writer.

Her acting Credits include: Kamile in the episodes Swallowers and The Long Goodbye, (Casualty BBC), the Mother in the short film Chicken Soup (Rocliffe Productions) and the feature film Mamma Mia (Star Play Productions, Pinewood Studios)

Tom is currently completing his fifth year of professional training at the BRIT School for Performing Arts.

He is now a part of the Andrew Lloyd Webber Bridge Company, and is working towards his professional debut at the Southwark Playhouse.

Credits whilst training include: ‘Evan Goldman’ in Thirteen the Musical and ‘Angel’ in Rent. 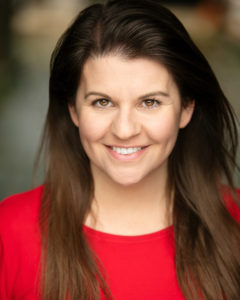 Sarah trained at The BRIT School before studying for a degree at Cumbria Institute of the Arts and a Masters in Music Theatre at Central School of Speech and Drama. She has performed in the West End and toured the UK as well as internationally on numerous productions predominantly in family theatre. Most recently she has been puppeteering and voicing Peppa Pig in ‘My First Concert’ at the Royal Festival Hall. Sarah is also part of The West End Gospel Choir who she performs with at events throughout the year. Sarah has taught children of all ages in various styles of dance, singing and drama as well as workshops.

Renette recently graduated from the The BRIT School for Performing Arts where she professionally trained in Dance for four years and earned herself a Level 3 Extended Diploma in Performing Arts.

She is currently part of the National Youth Dance Company training with guest creative director Russell Maliphant and is now going on to study Dance at Degree level at the Liverpool Institute of Performing Arts.

Renette has performed on stages including the O2 Indigo, the London Palladium and Hammersmith Apollo where she performed on Britain’s Got Talent with the Khronos Girls company. 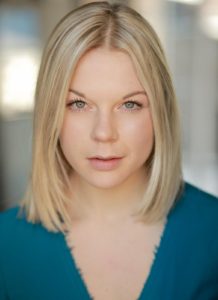 Bethan started her professional training at the BRIT School for Performing Arts before continuing to the Arts Educational Schools London where she received a BA (Hons) in Musical Theatre.